American Sniper – The most lethal sniper in U.S. history. 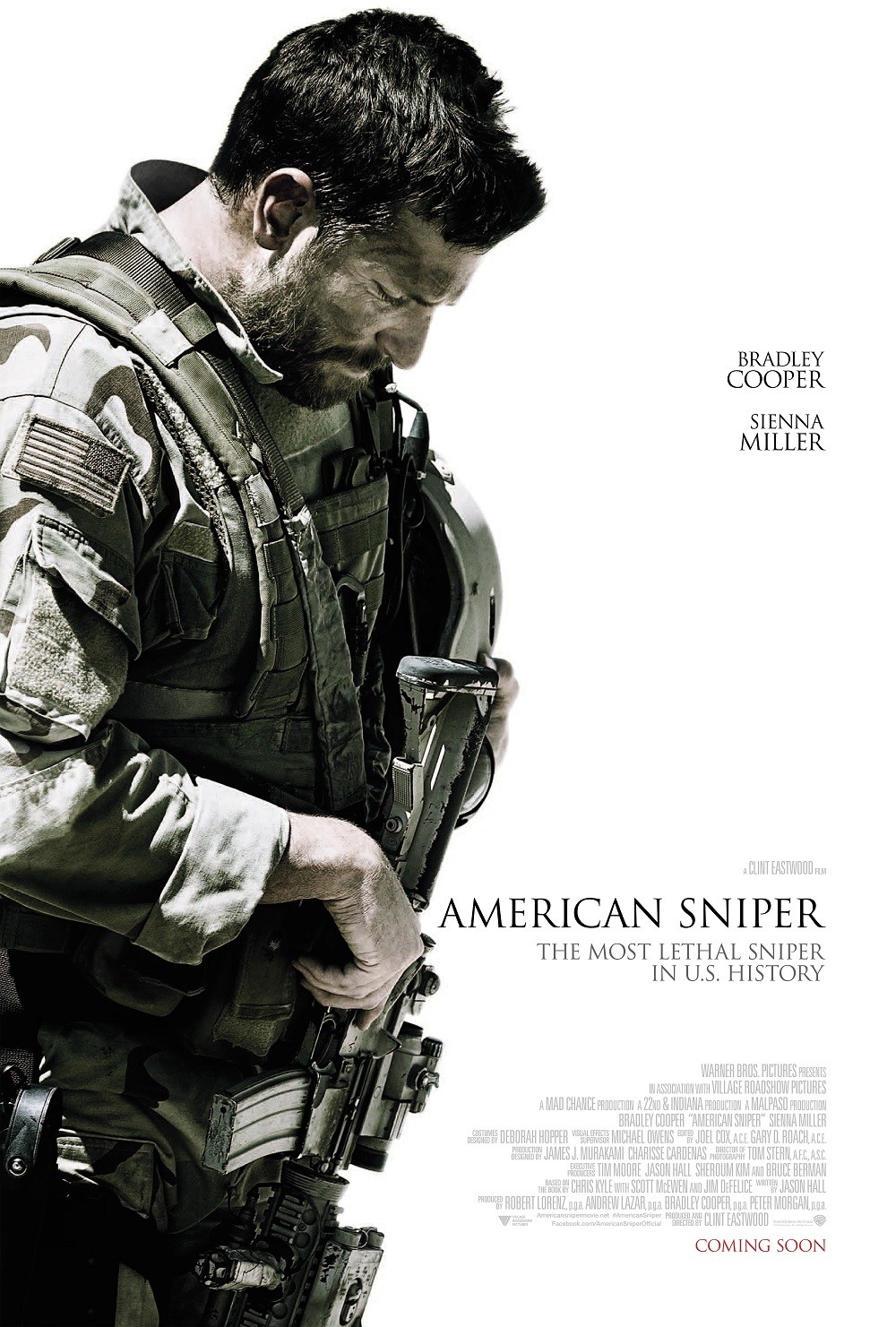 Directed by Clint Eastwood
Screenplay by Jason Hall
Based on the Book by Chris Kyle, Scott McEwen, and James Defelice

Bradley Cooper delivers another great performance as the American Navy Seal Chris Kyle. This would turn out to be his third straight performance that would get him an Academy Award Nomination.  Clint Eastwood directs this story and allows us to experience this man’s incredible journey.

Chris Kyle joins the service and decides to become a Navy Seal. After his training he decides to become a sniper and his skills are undeniable. He gets deployed to Afganistan and there he protects his fellow soldiers from building tops. He returns for a second tour of duty and his legend continues to grow. Fellow soldiers tell him they feel safer when they know that he is up there looking out for them.

During his second or third tour of duty he begins to hear of an enemy sniper that is just as deadly as he is. He gets attacked by the sniper and loses one of his fellow soldiers. This moment drives him to stay and kill the enemy sniper before he comes home.

After every tour he goes home for awhile and we see his struggles with every day life. He meets a fellow veteran that tells him to go to the veteran hospital and speak with the veterans that have been injured. This is when he realizes that he can help these injured soldiers return to normal life.

He struggles with his own family but makes progress and gradually becomes the man he used to be. Taya loves her husband and when he comes home she reminds him that he has a family that loves him. Chris is not the only person struggling with his return home and he continues to help other veterans.

Clint Eastwood is demonstrating that he is an excellent director with every movie he does. He was once the biggest draw in box office as an actor but has gone on to prove he is truly multi-talented. Keep up the great work Mr. Eastwood.

Screenplay: I could not find the screenplay.

If you liked this try: Enemy at the Gates, Platoon, Saving Private Ryan